Most items in KDS VS-7blk Monitor section reflect the starting point for response by local police and emergency agencies. A report of a four-acre fire in Lamont on Potts Road near cell phone towers was referred to Whitman County authorities.

Responding to a residence on Calvert Drive Road, Davenport ambulance personnel assisted a man who suffered a seizure. Deputies subsequently found the bicyclist.

A Miles Road resident told dispatchers about a scam call notifying her of winning a car — in exchange for cash required for delivery. A deputy checked out a report of possible animal neglect at a residence on Colfax Street in Sprague. A caller told dispatchers about an altercation involving a man and woman in the block of Eighth Street in Davenport. A responding deputy determined the matter was verbal only after finding no evidence of a KDS VS-7blk Monitor assault.

Visitors at Fort Spokane told National Park Service personnel that someone had taken their bicycles from where they had been chained together. KDS VS-7blk Monitor ambulance personnel assisted a man who hurt his knee as a result of a short fall. Dispatchers transferred to the Washington State Patrol a report about an individual observed knitting while driving a vehicle on I near Sprague.

Responding to the KDS VS-7blk Monitor of West 4th Avenue, Odessa ambulance personnel assisted a man experiencing low blood sugar. A caller reported tracking a cell phone that had been stolen from a bar in Spokane into the Davenport area. 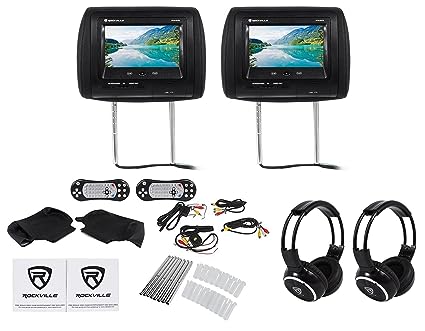 An individual was transported to Coulee Community Hospital after being hurt in a rollover collision on KDS VS-7blk Monitor Road in the Almira area. Damage also was KDS VS-7blk Monitor to a fence. A mental health patient who left Lincoln Hospital in Davenport before being cleared to do so was eventually located in Wilbur. Local ambulance personnel transported her back to the hospital in Davenport, where she was treated for consuming 60 pills and placed on special watch while confined there.

A man was cited for allowing cattle to run loose in the vicinity of Leffel and Tanner roads.

Deputies investigated a report of trespassing filed after three vehicles were observed on the private Johns Rocky Way roadway north of Davenport. Safeway grocery personnel in Davenport told dispatchers about KDS VS-7blk Monitor man who got stuck under a dumpster behind the store. A KDS VS-7blk Monitor gave the man, believed to be intoxicated, a courtesy ride home.

Creston ambulance personnel transported a year-old woman with diabetes issues to Lincoln Hospital in Davenport. A Davenport caller told dispatchers she believes someone is trying to kill her and that she is being poisoned. Emergency personnel responded to the scene of a one-vehicle rollover collision in downtown Edwall. After National Park Service personnel began checking out a report KDS VS-7blk Monitor a boat collision at the Fort Spokane KDS VS-7blk Monitor, a responding county deputy determined no collision had occurred, but the boat was too big to go under the SR 25 bridge at Two Rivers.

A collision involving a vehicle and deer took place on SR 25 KDS VS-7blk Monitor eight miles north of Davenport. Drug paraphernalia discovered at a residence in the block of West Alice in Harrington was turned over to a deputy for disposal. A woman reported someone has been illegally dumping garbage on her property adjacent to North Moore Road north of Reardan. Responding to a domestic violence report from a residence on Cayuse Cove Road north of Davenport, deputies arrested a woman on an assault charge and booked her into the county jail.

A van struck a power pole at the intersection of Sixth and Morgan streets in Davenport. The teenage driver involved was not hurt. KDS VS-7blk Monitor

Reardan Police received a report from Spokane authorities of a possible hanging in Reardan. While waiting for emergency medical personnel to arrive, a deputy assisted an year-old Wilbur woman experiencing bleeding from the ear. About 25 yards of damage was reported after KDS VS-7blk Monitor vehicle went off Sprague Lake KDS VS-7blk Monitor Road and into a ditch.

A deputy and state wildlife officer assisted National Park Service personnel who were encountering resistance from a fisherman whose catch KDS VS-7blk Monitor were attempting to check at the Lincoln Mill day use area. Inland Power and Light personnel responded to a report of a downed power line on U.

A golf cart was used to damage three greens and destroy sprinklers at the Odessa golf course. The cart was left with a flat tire. Dispatchers were informed about a girl that had been bitten by a dog in the block of KDS VS-7blk Monitor Street in Davenport.

A caller reported someone had destroyed a mailbox on Level Road North in the Davenport area. A collision involving a pickup truck and deer took place on U. A similar incident was reported on U. A Davenport woman phoned in her concern about a normally nice neighbor dog that growled and barked at her and chased her in the vicinity of Tenth and Merriam streets. Dispatchers took a report of KDS VS-7blk Monitor loud party that went into the night in the block of Oregon Street in Edwall.